Back to all posts

The Stress of Being "Good".

Last year around this time I spent a weekend in Cedar Falls, Iowa...Shut up.

It was the last weekend of shows before I got to come home to perform at Zanies, which is a week-long family/friends reunion for me.  I was also in the middle of booking a comedy festival set to take place in Idaho 3 months later, and the main headliner for the festival was not cooperating on ANY level with me. On top of that it was almost Christmas, and I knew I wasn't gonna be able to spend it with my girlfriend...or New Years for that matter.

Needless to say...My head was NOT in Iowa.  So the first day I was in town I did a radio interview, and the DJ asked me where I was from:

DJ: "You're from Chicago and this is your first time in Cedar Falls? How does THAT happen?"

I laughed out loud...He didn't.  This guy ACTUALLY wanted an answer to that question.  On-AIR.

"...Well...[whatever you do Alvin, don't say because why the f**k would I come here on purpose?!  You know why you're here, and it damn sure wasn't because you had other offers.  You're a rock dj who doesn't know THREE Journey songs.  I KNOW three Journey songs off the top of my head, Don't Stop Believing, With Open Arms, Wheel in the Muthaf**kin SKY!...and I'm BLACK!  YOU sir, should be ASHAMED of yourself!!!]......I fly more places than I drive. [PHEW!]"

YOU are a Performer.

...a damn GOOD one too!  You may not even fancy yourself a performer, but you are.  That's why you were able to keep your job last week when your coworker Karen wore that super-sexy tight skirt and asked "Hey, could you help me with something?"...Sure she was talking about getting the coffee can off of the top shelf in the break room, but remember that first answer that popped in your head? I bet you're glad it wasn't out loud.  You might know your performance act by another name:  Being a Good Person.

There’s not a day that goes by that I don’t wish I was a better person.  What I’ve learned over time is that being a good person is work.  I don’t believe for one second that “good people” find it easy.  We’re all human.  Making the right or moral decision gets tiresome.  It’s so easy to be bad.  Some days I just fantasize about being bad.  THAT’S easy.  One of the most memorable things I learned in high school was in chemistry, about how particles that are scattered are at rest, where particles that are compounded together are teaming with potential energy that is ready to explode…or some shit like that.  Look, if you’re a physicist don’t be a dick, you know what I’m trying to say here.  Anyway, think of it like this:
Have you ever been in the supermarket and you see a giant stack of canned goods neatly organized in a tower of some sort?...No??? Because this isn’t an action scene in a comedic movie in the 1980’s???  Ok, fair enough, but you follow me I think.  Ok, that stack of cans is like President Obama.  Neat, calm, collected (Yes, a metaphor within a metaphor…insert your Inception reference here, I just did), but you know behind the face he puts on is a giant ball of stress that’s just eating away at him because he can’t tell us how he REALLY feels in all situations without a media firestorm and a possible call for impeachment if serious enough…and at any point, somebody could come over and knock down all the cans and ruin the tower, right?  Well guess what?!  According to science, if those cans were scattered all over the floor, they would be considered “at rest”…Think of Obama walking to the podium on the White House lawn and saying:  “Um, America, these niggas in congress are trippin about your healthcare right now…Just sayin.  This is f**kin bullshit.”  His body would respond as if a huge weight had been lifted off of his spirit, and he (along with his political career for the foreseeable future) would be at rest.  Now obviously you don’t have to drop the N-bomb or the F-bomb to speak freely…but I do.  And for some reason calling congressmen niggas is exceptionally pleasurable for my psyche…guess what state I’m in right now? J
My point is this…Being “at rest”, speaking your mind, knocking the cans over, feels GREAT…in the moment.  But the long term solution has, and always will be, being civil.  Listening before reacting harshly.  Walking past the cans.  Because while those cans are at rest on the ground, think of all the energy that is wasted long-term by the workers who have to expend energy they could have used elsewhere, picking up some cans that some asshole left behind.  When you describe yourself as blunt, or say “sorry, just being honest” to someone (by the way, when you find yourself saying these things, have you ever noticed that nobody asked you?  Keep your inside voice inside sometimes), keep in mind the long-term repercussions of your short-term opinions.  What made you feel great in the moment about someone’s appearance could make someone feel awful for a lifetime, and they will carry that around to others who don’t deserve bad treatment, all because of how people made them feel about themselves.
So yes, being a good IS work, but not as much work as the amount of work associated with others trying to fix your bad.  Fortunately for you, it works the other way around too.  Your one good deed that no one saw can reach exponentially greater proportions that the world will partake in at a later date.  In either case you may not get credit for it, because you may never know what you caused to happen.  All I know is, if this world ever comes crashing down, I damn sure don’t want it to be because of me.  I will always choose good, I will always choose positive, and I will always slap the negative around until it sees things my way...I'm also never going back to Cedar Falls, Iowa.


Be Good my friends, and Happy New Year!   -Alvin 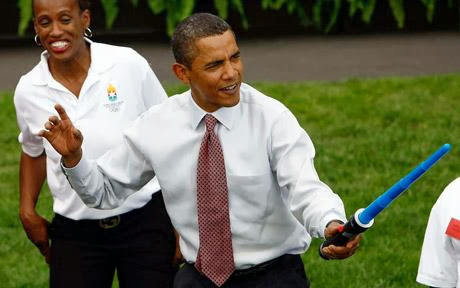